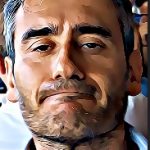 Ioakeim G. Georgoudas was born in Thessaloniki, Macedonia, Greece in 1975. He received the M.Eng. degree in Electrical and Computer Engineering from the Aristotle University of Thessaloniki (AUTh), Thessaloniki, Greece in 2000. He holds a Masters Degree in Microwaves and Optoelectronics from the Department of Electrical & Electronics Engineering, University College London (University College London, UCL), University of London, UK (2001). In 2011 he received a Ph.D. degree in Electrical & Computer Engineering from the Democritus University of Thrace (DUTh), Xanthi, Thrace, Greece. After successfully participating in a written competition organized by the Supreme Council for Civil Personnel Selection (ASEP) (November 2002), he has been serving in public secondary education as a teacher of Informatics.