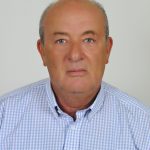 Vassilis Kostoglou is member of academic staff at the Department of Informatics and Electronic Engineering of International Hellenic University being professor in Operational Research.
He has worked previously as Mechanical Engineer and Operational Researcher in the private sector. He holds a BSc in Mechanical Engineering from Aristotle University of Thessaloniki (Greece), an MSc in Operational Research from University of Lancaster (UK) and a PhD in Operational Research and Applied Informatics from University of Macedonia (Greece). Apart of his mother tongue (Greek) he speaks and writes English, French and German.
His current teaching activities include Operational Research, Statistics and Project Management.
In 1996 he established the Career Office of his University and he has been the project leader for 12 years. He participated actively in several programmes of the European Union, such as Erasmus/Socrates, Erasmus Mundus, Alpha, MedCampus, Leonardo da Vinci, Tempus and COST. He has been the project leader of five projects and participated in over 15 national or international projects. He has served as head of the IT department and is for the last 10 years vice-president of HELORS, the Hellenic Operational Research Society.
Vassilis Kostoglou has been the author or co-author of six books and published over 80 articles in international journals and conference proceedings. He has also been appointed as referee for several journals and conferences and as evaluator for European and national projects.
His research interests focus on labour market investigation and its relationships with higher education, applications of Operational Research techniques, statistical analysis, multicriteria decision analysis and project management.