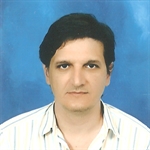 Panagiotis Tzekis received his BSc degree in Mathematics (1993) and his PhD in Mathematical System Theory (2001), from the department of Mathematics of the Aristotle University of Thessaloniki. From 1995 to 2003 he worked as a computer programmer in various companies. Since 2003, he has also been employed as visiting assistant professor at the department of Sciences of the Alexander Technological Educational Institution of Thessaloniki (ATEITh). In 2010, he was appointed as Assistant Professor of Applied Mathematics at the department of Sciences of the ATEITh, and in March 2016, he was promoted to Associate Professor at the department of Electronic Engineering of the ATEITh, which in 2019 merged with the International Hellenic University. During the period 2017-2020, he was the director of the department’s postgraduate program entitled “Applied Electronic Systems”. Since November 2022 he is Professor. His research interests lie in the area of Mathematical Systems Theory, Mathematical Algorithms, Symbolic and Numerical computational methods, Control Systems Theory, Numerical Linear Algebra and Neural Networks.